How Coffee Is Made – From Plant to Cup 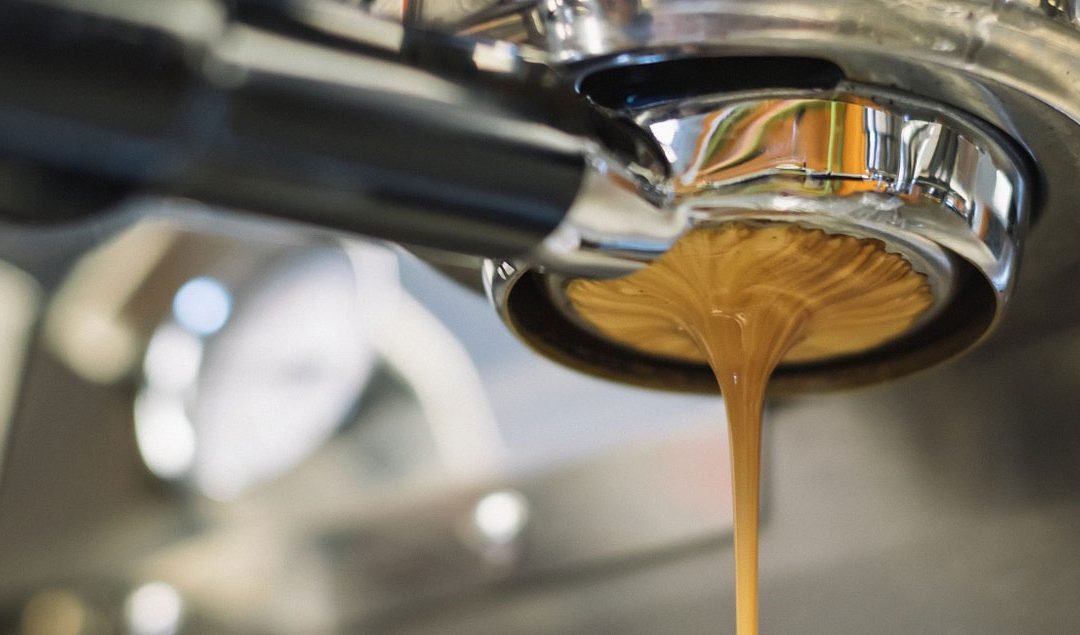 For many of us, coffee is something we drink every day, but truthfully, how much thought do you give to what you are drinking? Do you know how coffee is made?

At JayandCo, we know where our beans come from and how they are processed, meaning we can ensure the quality of every bag we sell, This blog post will explain how the humble coffee bean goes from plant to cup. Whether you are an amateur or a connoisseur, this blog post is for you!

Coffee belongs to the Coffea group of plants. Experts believe that there are 25 to 100 different species plant within the genus. This goes some way to explaining why coffee can deliver such a variety of taste, aroma and flavours!

Every cup starts life as a coffee bean. The bean is the seed of the plant, which grows on bushes and trees. The trees bear red or purple fruit, known as cherries. Inside each cherry is a coffee bean.

The bean typically contains two stones. When there is only one stone, or seed – which happens in only around 10-15% of cases – it is known as a peaberry or a caracol, which is Spanish for snail.

To find out more about the anatomy of a coffee cherry, The National Coffee Association (NCA) can tell you more.

You may have already heard of two distinct species of coffee bean: The Arabica bean and the Robusta bean.

The former accounts for an estimated 60% of worldwide coffee production, the latter around 40%. Used in most premium coffees, including ours at JayandCo, the Arabica bean is the higher quality of the two. More likely to be found in generic and instant coffee brands, the Robusta bean, whilst still pleasant, often lacks the flavour profile of an Arabica.

The journey from farm to cup is what determines the taste, aromas and flavours you experience.

The first people to thank for your daily brew are the hard-working farmers on plantations and smallholdings. According to the Fairtrade Foundation, around 125 million people worldwide depend on coffee for their livelihoods. Around 25 million smallholder farms produce 80% of the world’s coffee. That’s a lot of beans!

10 Stages from Bean to Cup

Your daily brew has gone on a long journey to be with you. The ten stages below give a very brief overview of the complicated world of coffee production.

As mentioned above the coffee bean is not a bean at all but is, in fact, a seed. The seeds are planted in large beds in shaded nurseries on a plantation, farm, or smallholding. When you see the expression ‘single origin’, it means the coffee has been produced from a single farm or plantation, rather than a blend of beans farmed from a variety of locations.

Seedlings are well watered and shaded from the sun, to get them ready for permanent planting. Planting typically takes place during the wet season, as the soil remains moist as the roots take hold.

It takes three to four years for a newly planted coffee tree to bear fruit. The timing depends on the variety of plant.

Usually, there is just one harvest per year. However, some countries that are close to the equator, such as Colombia, have two, the main crop and a secondary crop.

In many countries, coffee is grown on slopes and sometimes at higher altitudes in mountainous areas. In these regions, the crop is often picked by hand which can be a labour-intensive and difficult process.

However, in places like Brazil, where the landscape is relatively flat, coffee is planted in fields, so farmers have been able to mechanise the process.

Coffee is harvested in one of two ways:

Strip Picked: Cherries are stripped off the branch one-by-one. Either by hand or by using a machine.

Selectively Picked: Only the ripe cherries are harvested and are picked individually by hand. This is both time-intensive and labour-intensive and is most commonly used for harvesting the higher-quality Arabica bean.

Each worker’s haul is carefully weighed each day as they they are paid for the weight of the cherries that they pick rather than the hours they work. The day’s harvest is then taken to the processing plant.

To ensure they do not spoil during transit, coffee cherries have to be delivered to the processing plant fast rapidly. Once at the plant, there are two methods of processing them – dry and wet.

Dry Method – This is the oldest method of processing and still used in many countries where water resources are scarce. Freshly picked cherries are spread out on large surfaces to dry in the sun. They are then raked and turned throughout the day and at night they are covered to keep them dry. It can take several weeks for the crop to be ready for the next stage of production.

Wet Method – This removes the pulp from the cherry, so the bean is dried with only the parchment skin left on. Having gone through a pulping machine, the beans are separated by weight as they pass through channels of water. Lighter beans go to the top and heavier beans move to the bottom. A series of rotating drums then separate them by size. From there, beans are put into large, water-filled fermentation tanks for 12-48 hours. When ready, they are rinsed and readied for drying.

Beans which have gone through the wet method process now need to be dried until their moisture content is at the correct percentage (around 11%) for storage. Beans are sun-dried on drying tables or floors, or they can be machine-dried in big tumblers.

Dried beans are known as parchment coffee. They are stored in bags made of jute or sisal in warehouses until they are ready to be milled.

The dried parchment coffee undergoes one more process before being exported – milling.

The process includes hulling, which removes the parchment layer; before an optional polishing to remove any remaining silver skin. Finally, the beans are checked for imperfections, before being graded and sorted. Any defective beans are that do not make the grade are removed, either by hand or by machine, depending on the plant.

Beans that have been milled are known as green coffee.

The green coffee is loaded onto ships, either in jute or sisal or bulk-shipped in plastic-lined containers.

Brazil is by far the biggest producer of coffee in the world, with Vietnam being a strong runner-up. Other top-producing countries include Colombia, Indonesia, Ethiopia, Honduras, India, Mexico, Kenya and Papua New Guinea. If you explore the JayandCo range of coffees you will discover some amazing examples of what these countries can produce.

Coffee is rigorously tested to ensure its quality through a process known as cupping. It usually takes place in a room set up for the purpose and is vital to ensuring that a high-grade product reaches the coffee drinkers of the world.

Yes, there are people who get to taste coffee for a living!

The taster, or Cupper, assesses the beans for their appearance. The beans are then roasted in a small lab roaster, ground and finally infused in hot water that has its temperature carefully monitored.

The Cupper noses (smells) the brew to experience its aroma, which is another key metric when judging the coffee’s quality.

When tasting the coffee, the Cupper takes a spoonful and slurps it in sharply. This technique ensures that the coffee lands evenly on the taste buds. They then weigh it on the tongue before spitting it out. The tasting process not only identifies characteristics and flaws of the coffee but also helps identify beans which might be suitable for blending.

Every day, the Cupper tastes and tests many different samples. An expert Cupper can taste hundreds of samples a day and still detect the subtle differences between all of them.

Roasting transforms the green coffee into the familiar aromatic brown beans that can be found in cafes, shops and supermarkets.

Roasting machines operate at around 288 Celsius (550 Fahrenheit). The machine constantly moves the beans in order to prevent burning. As they begin to turn brown, the fragrant oil inside the beans – called caffeoyl – starts to emerge. The flavour and aroma of your favourite cup of coffee are produced by this process, known as pyrolysis

After roasting, the beans are cooled by air or water. Importers and traders usually roast the beans themselves to ensure they arrive with their customers as fresh as possible.

The grinding stage maximises the flavour in a cup of coffee. How you brew yours determines how coarse or fine the grind needs to be. Usually, the finer the grind the more quickly the coffee needs to be prepared. For example, beans ground for an espresso machine is much finer than the grind used a drip system.

Last, but by no means least, is the brewing stage. This is the moment you have been waiting for. Where your espresso machine, coffee maker, AeroPress, etc, come into their own. How do you brew yours?

However you brew your coffee, I hope that this article has been helpful in giving you some insights into what goes into your everyday cup, starting at the farm and finishing with your favourite brew. You can see the high-quality results in our range of coffees.

If you would like to learn more about tea and coffee, check out our blog post about tea infusions!

Any cookies that may not be particularly necessary for the website to function and is used specifically to collect user personal data via analytics, ads, other embedded contents are termed as non-necessary cookies. It is mandatory to procure user consent prior to running these cookies on your website.