What is Afternoon Tea? 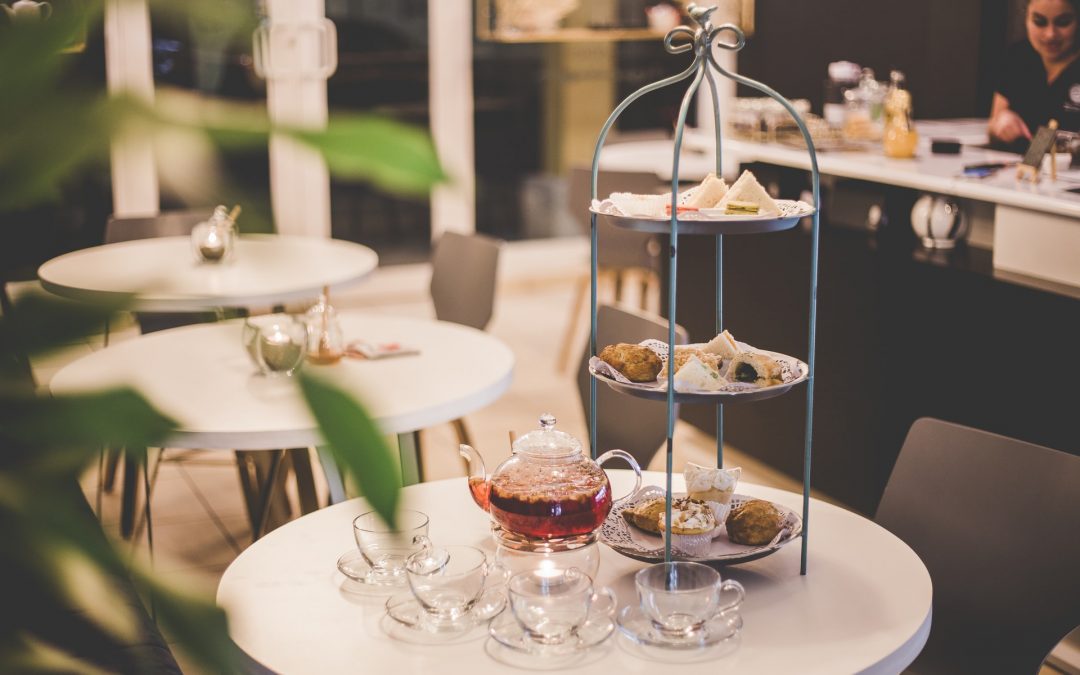 It doesn’t get more quintessentially English than Afternoon Tea. The decadent combination of delicate sandwiches, scrumptious cakes, scones topped with lashings of fresh cream and jam; and a pot of freshly brewed tea makes a mouth-watering combination.

But what exactly is Afternoon Tea and where does it come from? Read on to find out more.

A Brief History of Afternoon Tea

Served in England since the early nineteenth-century, Afternoon Tea’s origins can be traced back to Anna, the Seventh Duchess of Bedford. She ate her evening meal at the fashionably late time of 8pm. As a result she asked for something to eat mid-afternoon to stave off hunger:

“The Duchess asked that a tray of tea, bread and butter and cake be brought to her room during the late afternoon. This became a habit of hers and she began inviting friends to join her.“

The ritual of Afternoon Tea became fashionable amongst women in upper-class English society. It soon became common-place all over England and started being served in luxury hotels in London and further afield. It became so popular that a more substantial version, known as “High Tea”, was served to the middle and lower classes at around 5 or 6pm in place of an evening meal.

Now an experience in its own right, Afternoon Tea is enjoyed in cafes, restaurants, hotels and country houses across Britain and even overseas.

What makes an Afternoon Tea?

It simply wouldn’t be Afternoon Tea without a pot of loose-leaf tea! Traditional English blends, such as English Breakfast or Earl Grey, are usually served, although there is an increasing variety on offer as different interpretations of Afternoon Tea become increasingly prevalent.

One of the biggest arguments in the UK is how to pronounce scone. Does it rhyme with “stone” or “gone”? However you say it, what is not up for debate is the humble scones place in an Afternoon Tea. Served with lashings of clotted cream and jam, this delicious treat is something that many of us do not enjoy on a regular basis and is key to an enjoyable experience.

The next thing needed is sandwiches – These are usually dainty finger sandwiches with light fillings (such as cucumber) rather than heavy sandwiches that you would eat as a filling lunch. Other classic combinations include smoked salmon and cream cheese or ham and mustard.

Cakes and pastries are the final detail usually found as part of a cream tea. As with the sandwiches, these would usually be very small sweets, often bite-sized, rather than large slices or entire pastries. Some examples that are traditionally served include Victoria sponge, carrot cake or small custard tarts.

As the Afternoon Tea has evolved over the years, so too has what is included. It is quite common nowadays to find a glass of champagne or prosecco as an accompaniment. Some will offer coffee, small chocolates or biscuits. As it has become more common-place in restaurants, cafes and hotels, catering to the customer has taken precedence over sticking to tradition.

Whilst there is nothing wrong with tradition, many places have now given this classic treat their own unique twist. This has been achieved either by modifying the setting or changing up what is served.

From a Chicken Wing themed feast in Hackney to a magical Charlie and the Chocolate Factory experience in Aldwych. You can even enjoy finger sandwiches and scones served in the company of cats!

Whilst going out for Afternoon Tea is an experience everyone should try once, it is easily replicated at home. Treat yourself to some scones, make some finger sandwiches and cut up your favourite cakes into bite-size pieces. Finally, add your favourite tea, served from a teapot to add a sense of refinement to your afternoon!

Any cookies that may not be particularly necessary for the website to function and is used specifically to collect user personal data via analytics, ads, other embedded contents are termed as non-necessary cookies. It is mandatory to procure user consent prior to running these cookies on your website.