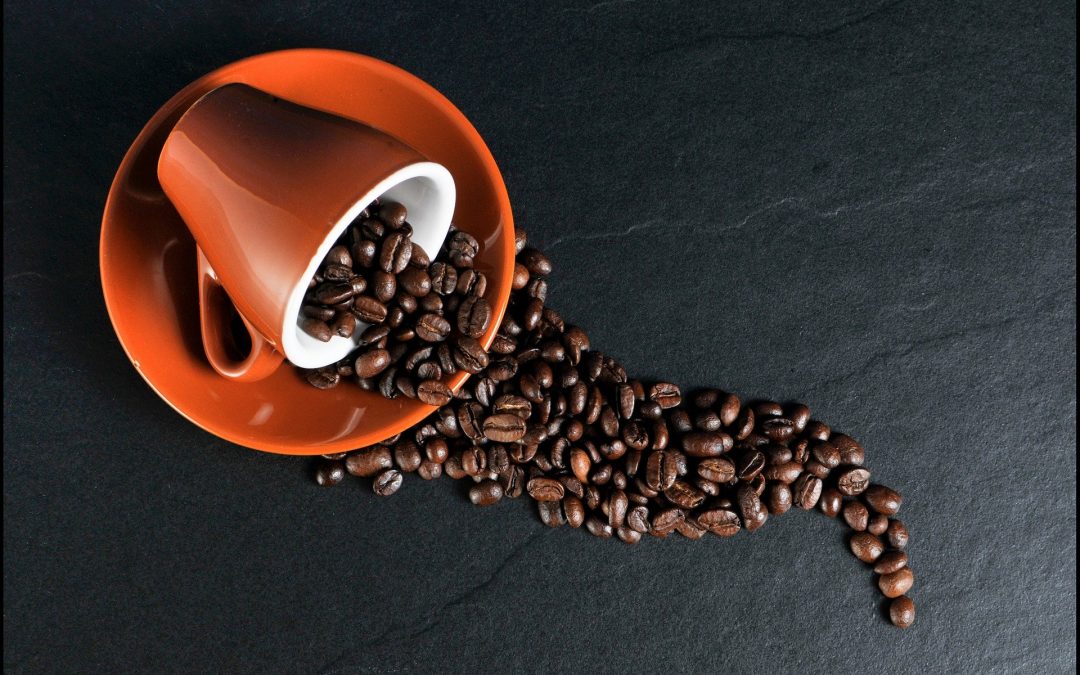 We often get asked, ‘what makes a strong coffee strong?’. Truthfully, there is no simple answer to this question, as what ‘strong’ means can vary from person-to-person. It is also worth noting that there is no universal measure of strength when it comes to coffee.

What do we Mean by Strong Coffee?

When people ask for a strong cup of coffee, they often mean one of two things, either:

Some may even want both. When considering coffee strength, it is important to note these two unique points of view of what makes a coffee strong.

To make matters even more confusing, a lot of coffee sellers, including us, use a scale to rate their coffee’s strength. We use a simple 1-5 measure, with 1 being the mildest and 5 being the strongest or most intense. In our case, and in the cases of most sellers we know about, the scale relates to the intensity of flavour, not caffeine content.

However, we have seen some sellers that have scales ranging from 1-8, 1-10 or even 1-12. Some simply say “mild”, “medium” or “dark” on the bag. If you are confused, don’t panic. As long as you know what the upper and lower end of any given scale you should be able to make an informed choice. Or simply ask your favourite coffee seller to help you choose!

What Gives Coffee a Strong or Mild Flavour?

You might be surprised to learn that there are numerous factors that can give a cup of coffee a mild or strong flavour. Again, this is not as simple as it first appears.

It is important to note that “intensity” and “flavour” are not the same thing. It is entirely possible to have a delicious cup of coffee that has milder flavour profiles. For example, our Brazil Mild Roast has mellow, creamy notes, whilst our Indonesia Dark Roast has richer flavours of dried fruit and chocolate. Do not be fooled into thinking darker means better, both are delicious in their own way!

Knowing your coffee beans is the first step to understanding the different flavour profiles found in coffee.

Coffee made with cheaper Robusta beans is often described as more intense, however, this is more to do with the overwhelming bitter notes of this poorer quality bean.

Arabica beans, on the other hand, offer a far more complex flavour profile. This is why coffee traders and shops who specialise in finer quality coffee tend to use the Arabica. Simply put, there is a greater diversity in flavour without the acrid taste you would perhaps associate with a jar of instant.

Different countries produce coffee cherries that have their own unique tastes that can even vary from plantation-to-plantation. If this was not the case, we would not source our beans from across the globe!

In short, roasting green coffee beans brings out their flavour and aroma. The darker the roast, the longer it has been in the coffee roaster for.

This process might sound simple, but in truth, it can be incredibly difficult. Similar to a trained chef, having a keen eye and sense for when a batch of coffee beans has been roasted perfectly takes both training and experience.

With the demand for high-quality beans ever-increasing, the job of the Roaster is becoming even more complicated. Light roasts are becoming increasingly popular so it is no longer enough to simply roast every batch of beans until they are dark, as in many cases this will have a negative impact on the finished cup of coffee.

Whilst the quality and variety of bean, as well as the roasting process, have an impact on the intensity and strength of flavour of a cup of coffee, there is one factor that trumps them all: The water to coffee ratio.

Simply put, the higher the amount of coffee to water, the stronger it will taste. This is why espresso tastes so intense and full of flavour. It is often made with a dark roast and uses very little water, which enables it to deliver its signature intense flavour and big caffeine hit (there is more on this below).

In contrast, if you want a less intense cup of coffee, you could try adding a smaller amount to a French Press or drip filter coffee machine and then add lots of water.

When some people say they want a strong coffee, what they really mean is a lot of caffeine. There are a couple of ways to increase the amount of caffeine in your daily cup.

Sound familiar? Increasing the number of coffee grounds to water results in a more highly caffeinated cup of coffee. This will mean that the flavour is more intense and the amount of caffeine per millilitre is higher.

Using a dark roast of coffee can mean a more highly caffeinated beverage. Although it is important to understand that the amount of caffeine in a coffee bean does not increase with roasting.

Dark roast beans have more caffeine as the weight of the bean decreases during the roasting process. Dark beans weigh less than those that have been lightly roasted, whilst still containing the same amount of caffeine. Therefore, a cup of dark roast will have slightly more caffeine than a cup of light or mild roast, if the same weight of coffee is used.

The cheaper Robusta bean is not only more bitter than our preferred Arabica, it also has much higher caffeine content. In fact, it has almost double the amount of caffeine as a percentage of mass.

As mentioned above, we use Arabica beans as they have a far superior flavour to Robusta beans. Truthfully, whilst Arabica beans have less caffeine than the Robusta, they still have enough to get you up in the morning. If you want a beverage with higher amount of caffeine, try increasing the number of coffee beans or grounds. That way you will keep the delicious flavour without having to switch to lower-grade alternatives.

However, if you drink coffee purely to get a caffeine buzz, buying a jar of cheap instant coffee is the most cost-effective method. Be warned, you will be sacrificing taste, which is why we always recommend fresh coffee over instant.

So, What Makes Strong Coffee Strong?

In conclusion, the best way to increase the strength of both flavour and amount of caffeine is simple – Increase the amount of coffee you use per millilitre of water.

The type of beans and the roasting process all play a part, particularly when it comes to flavour. Remember that different roasts have different flavour profiles that are equally enjoyable. No coffee seller would bother selling a mild or light roast if it lacked interesting flavour notes and aromas.

To this end, it can be fun to experiment with different strengths of coffee. Why notexperiment with fdifferent beans and water to coffee ratios and see which you prefer?

This website uses cookies to improve your experience while you navigate through the website. Out of these cookies, the cookies that are categorized as necessary are stored on your browser as they are essential for the working of basic functionalities of the website. We also use third-party cookies that help us analyze and understand how you use this website. These cookies will be stored in your browser only with your consent. You also have the option to opt-out of these cookies. But opting out of some of these cookies may have an effect on your browsing experience.
Necessary Always Enabled
Necessary cookies are absolutely essential for the website to function properly. This category only includes cookies that ensures basic functionalities and security features of the website. These cookies do not store any personal information.
Non-necessary
Any cookies that may not be particularly necessary for the website to function and is used specifically to collect user personal data via analytics, ads, other embedded contents are termed as non-necessary cookies. It is mandatory to procure user consent prior to running these cookies on your website.
SAVE & ACCEPT